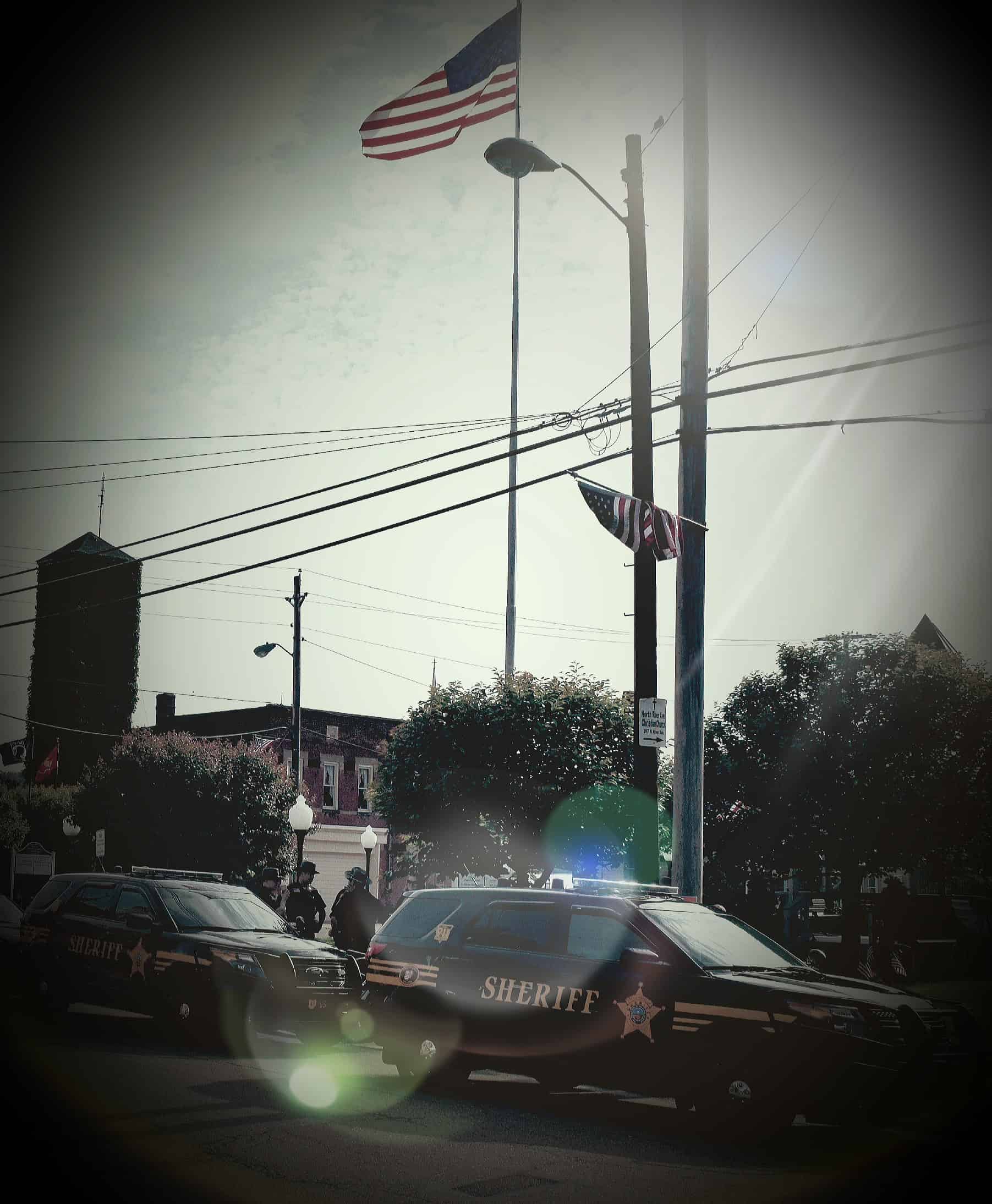 The Office of Sheriff is the oldest law enforcement office in the country.  The Office of Sheriff has been serving and protecting for over a 1,000 years.  The first idea of a Sheriff began in the Old Testament when laws were first created.  Where there are laws, there was a need for someone to enforce the laws.  In 1066, the King of England created a representative position he called a “reeve” and this person acted on behalf of the King in the shires.  Because of this, the position started to be called the “shire reeve.”  This concept continued and followed the English when they came to the new world.  As the English language evolved the phrase, “shire reeve” became Sheriff.  When the early colonies were being formed the Office of Sheriff was the first county office established.  There is even mentioned of the Sheriff’s Office in provisions of the Magna Carta in England in the year 1215.  Thomas Jefferson mentioned the Sheriff’s Office in his “The Value of Constitutions” he said “the Office of Sheriff is the most important of all the executive offices of the county.”

Ohio had a Sheriff’s Office before its statehood was even created.  The first Sheriff on record was Colonel Ebenezer Sproat who took Office in 1788.  He was appointed by the Colonial Governor and had jurisdiction over Washington County which at the time included all of eastern Ohio from the Ohio River to Lake Erie.  When Ohio became a state in 1803 the position of Sheriff became an elected Office.  Each of the 88 counties in Ohio have a Sheriff’s Office whose primary duties are to provide Common Pleas Court services, operate a county jail, and offer police protection in all unincorporated areas of the county.  The Sheriff’s Office does however maintain full police jurisdiction in all municipalities, townships, and villages.

In 1786, Fort Steuben was built to protect government surveyors as they were mapping the land west of the Ohio River.  Fort Steuben is known as the gateway to the west.  Even though the fort was abandoned a few years later, the area was already established with a colony and named La Belle.  La Belle was selected as the county seat in 1797 when the county was founded by proclamation of Governor Arthur St. Clair.  It was later renamed to Steubenville in honor of the fort.  Jefferson County covers 411 sq. miles and has a population of 69,709 according to the 2010 census.

The Jefferson County Sheriff’s Office currently employs 33 Deputies under Sheriff Fred Abdalla.  These Deputies include the road patrol, detectives, school resource officers, and courthouse security.  Road Deputies patrol the 411 sq. miles of the county and provide police coverage for all unincorporated areas of the county along with assisting other departments when needed.  Jefferson County contains two major roadways which include State Route 7 running North and South and U.S. Route 22 running East and West.  The Jefferson County Sheriff’s Office is part of the Jefferson County Drug Task Force who is partnered with the U.S. Marshals and the Weirton Drug Task Force in an attempt to curb the flow of heroin and other illegal drugs coming into the area.

The Jefferson County Sheriff’s Office is also working hard to stop impaired drivers from traveling our roadways with High Visibility Enforcement through assistance from the National Highway Transportation Safety Administration.  This is done through programs such as ADAP (Alcohol and Drug Awareness Program) and Impaired Driving Enforcement Program (IDEP) where we participate in many road campaigns such as “Drive Sober or Get Pulled Over.”  Another road campaign we are a part of is “Click it or Ticket” which is designed to raise driver’s awareness for wearing their seat belts.  Road Deputies spend countless miles patrolling the county and conduct many traffic stops looking for drugs, impaired drivers, and those not wearing seat belts.  Recently a new problem has surfaced in the area and that is human trafficking.  Ohio is ranked 3rd in the country for the highest amount of human trafficking and most trafficking is located and stopped through traffic stops.

Outside of criminal patrols the Jefferson County Sheriff’s Office also runs human interest programs such as Project Lifesaver.  This is a program designed to help locate individuals with Alzheimer’s, Dementia, or Autism that can wander away from home.